Native to both east and west Africa the Redhead Agama has firmly established itself in South Florida from Miami north to Martin County. This non-native lizard was first found in Florida in 1976. Primarily insectivores, the breeding males have brilliant orange heads, and an indigo blue or black body and legs. Their tail is bluish white at the base and has an orange middle area and black tail tip. The non-breeding males are paler in color and might not have the orange on the head. Females and young agamas are a yellow or earth color on their backs with some barring marks. Breeding females sometimes have orange or blue on their heads. Agamas that are warmed by the sun are more brightly colored. Males grow to about 12 inches in length and females are a bit smaller.

Males may reach 30 cm (12 in) long, but females are smaller. These active, agile, and wary lizards often bask facing the sun. In their native range, agamas mostly feeds on ants, grasshoppers, and beetles, but in some areas or during the dry season they will feed on flowers, grass, dead leaves, and human food. Females reach sexual maturity when they are 14-18 months old, males are mature at 2 years. The African redhead lizard reproduces during the wet season although they can reproduce nearly year round in areas with consistent rainfall. The pair will go through a mating ritual with the male approaching the female and head bobbing to her. She accepts by arching her back and raising her head.

The female chooses areas that are covered with plants or grass, but in sunlight most of the day, to make a nest. She uses her snout and claws to dig a hole five centimeters deep, in sandy, wet, damp soil. She lays her 5-7 ellipsoidal-shaped eggs. The sex of the offspring depends on the temperature. Males are born with temperatures of 84 degrees and females at 78-80 degrees.  The eggs hatch in 8-10 weeks. Male agamas are territorial and must fight other males to claim their space. Agamas live in social groups including a lead male, about half a dozen females, and subordinate males. Subordinate males can only gain their own group if they eliminate the existing lead male—the cock—or establish a colony outside all other cocks’ territory. Only the cock is allowed to mate with the females. The center of a cock’s territory is usually marked by the presence of a physical object, such as a tree or boulder, on which the lizards congregate. In urban areas fights between males are more common because space is at a higher premium 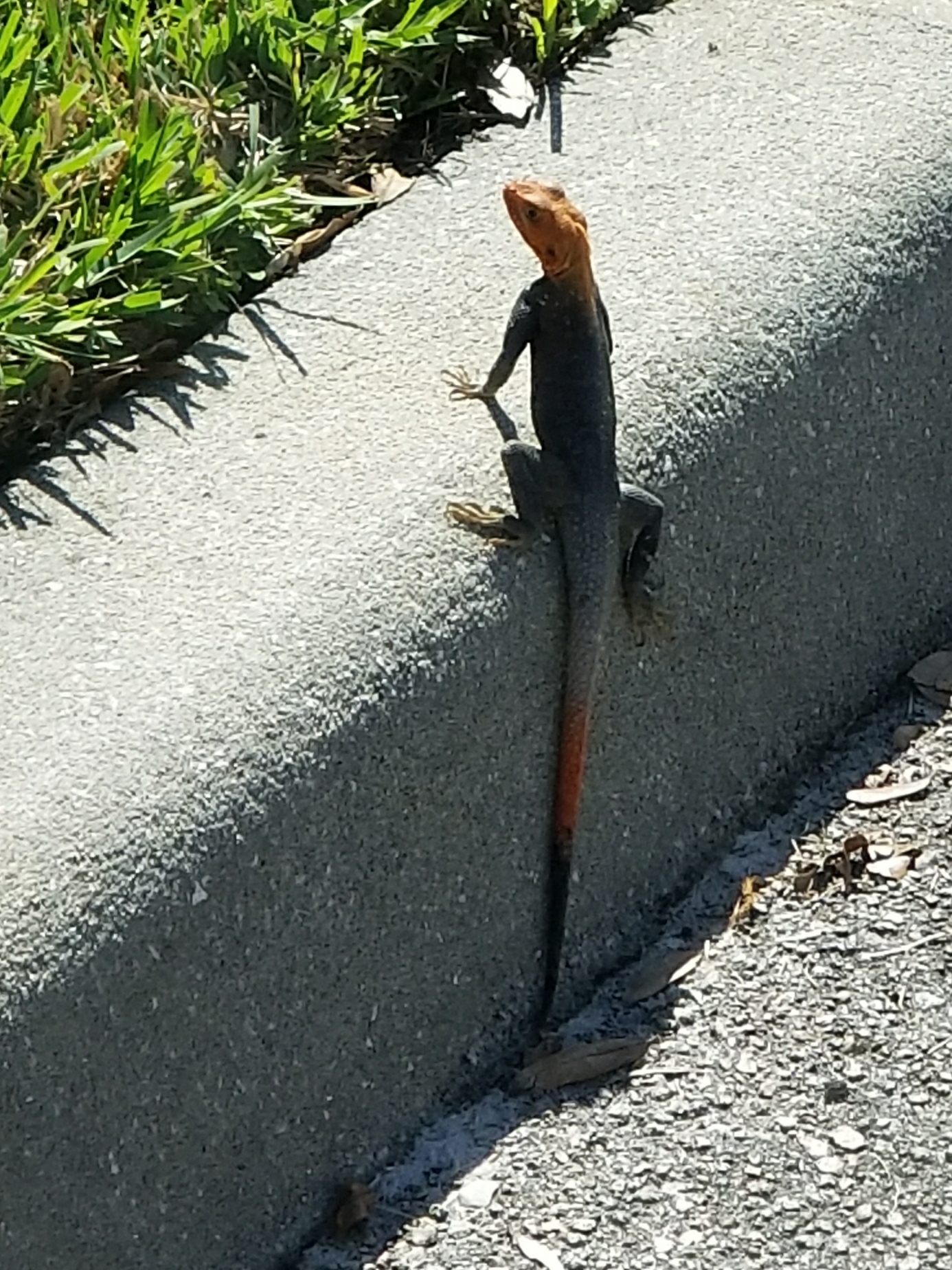 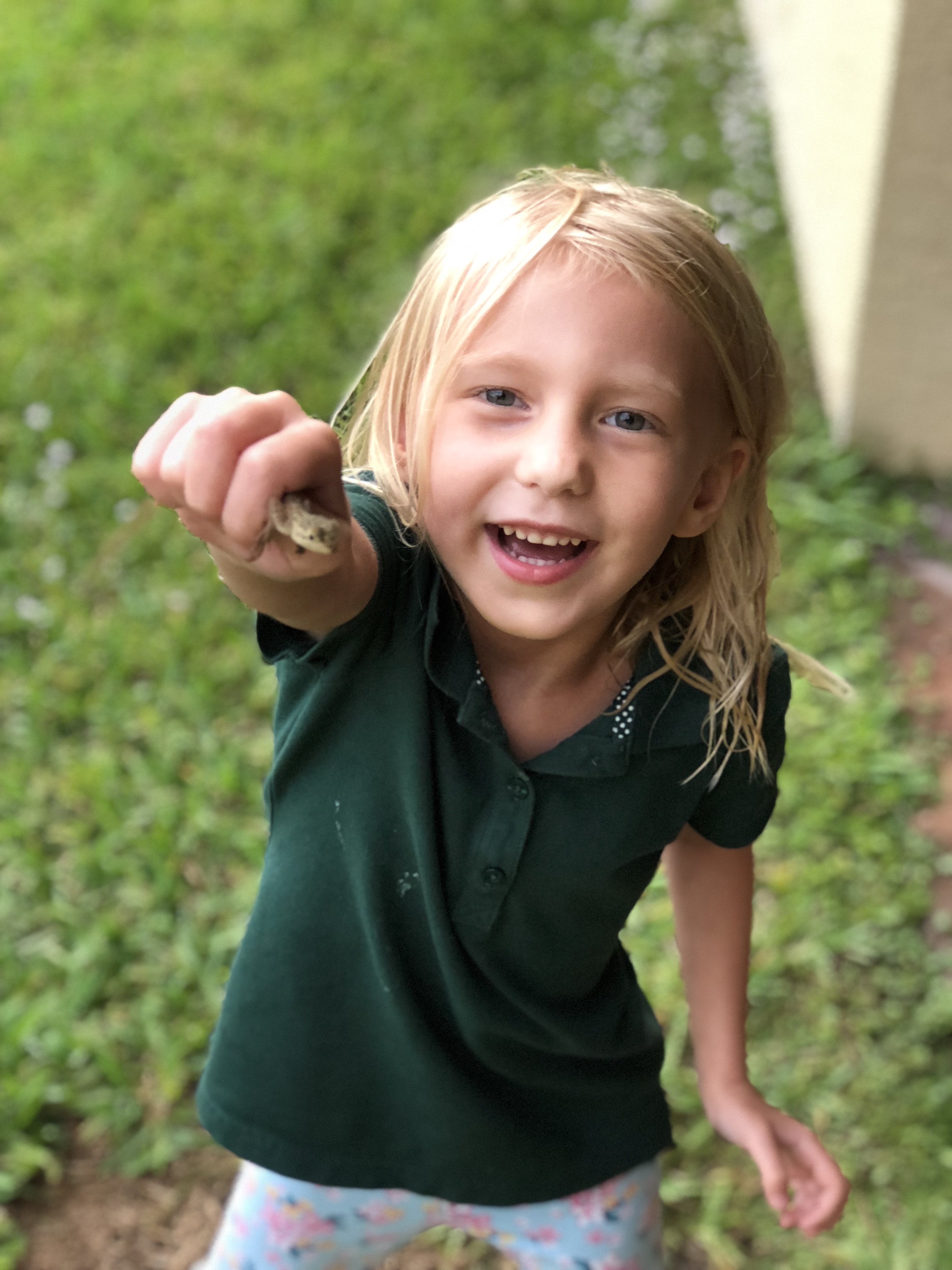 What is Ennds doing to reduce the Redhead Agama population?

The African Redhead Agama is a common invasive lizard in the areas around our Jensen Beach, FL headquarters. We regularly conduct hunts to capture the Agamas, which can be surprisingly challenging and fun. They are also a popular pet, which of course like most invasive species explains how they came to establish themselves in our area. NEVER RELEASE YOUR PETS INTO THE WILD! If you would like to learn more about the Redhead Agama or help us to catch them, please Contact Us or join our Facebook group.

Did you see an invasive Redhead Agama? Take a picture, note the location and report it to FWC through their Exotic Species Reporting Hotline: