The Argentine black and white tegu is a large, nonnative lizard that has been introduced to Florida. Tegus are black and white in color with banding along the tail. They can reach up to four feet in length. In Florida, tegus can be seen on roadsides or other disturbed areas. They spend most of their time on land, though they can swim and may submerge themselves for long periods of time. Like many reptiles, they are primarily active during the day and will burrow or hide overnight. Like many invasive species, the Tegu are popular in the pet trade and were probably released intentionally or escaped from their owners. Tegu have a strong bite and can be aggressive when defending themselves. There are currently breeding populations in South Florida around the Everglades and Miami/Dade area as well as in Hillsborough County around the Tampa area.

The tegu’s diet includes fruits, eggs, insects, and small animals such as lizards and rodents. If available, tegus have been known to be attracted to and eat cat or dog food. It is recommended that pet food not be left outside to avoid attracting tegus and other animals. Their love of eggs (which has been found to be one of the best baits for trapping the Tegu) is a large part of why it is believed the Tegu will be so destructive to our native wildlife because the Tegu could cause significant damage to nesting ground bird, alligator, native snake, and threatened native crocodile populations. Females can lay up to 35 eggs a year. 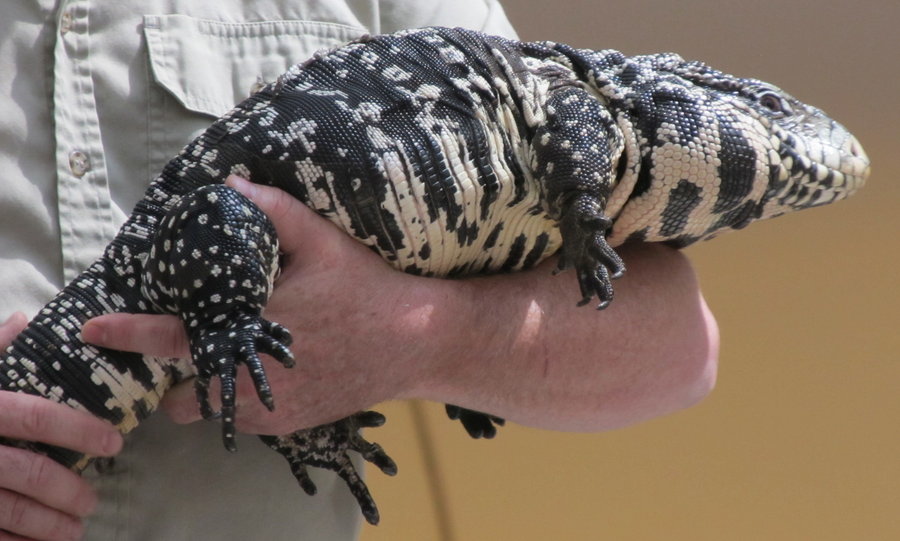 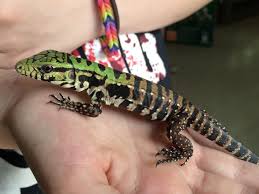 Why are Tegu such a problem in Florida?

Besides their appetite for the eggs of native species, the Argentine Black and White Tegu is of particular concern to biologists in Florida because of their cold tolerance. In the wintertime the Tegu go through a process called brumation, which is a form of hibernation for reptiles. The Tegu can crawl into it’s lined burrow allowing it to survive temperatures much colder than the Python, Green Iguana, and other invasive reptiles in Florida. A sustainable population has been found as far north as Jacksonville, which in effect informs biologists that Tegu could possibly populate the entire state of Florida if they are not kept in control. Currently, trapping has been shown to be the best method for trying to control the population growth of invasive Tegu.

What is Ennds.org doing to control the invasive Tegu?

Recently several Ennds members attended a training seminar hosted by the FWC in which methods and techniques for trapping the invasive black and white Tegu were discussed and practiced. As registered FWC volunteers we will assist in handling reports of spotted Tegu in our area, and we also plan to assist in setting up training for other interested members in the future. If you would like to learn more about upcoming events and training please click here to follow us on our Facebook page or feel free to Contact Us at any time.

Did you see an invasive Black and White Tegu? Take a picture, note the location and report it to FWC through their Exotic Species Reporting Hotline: 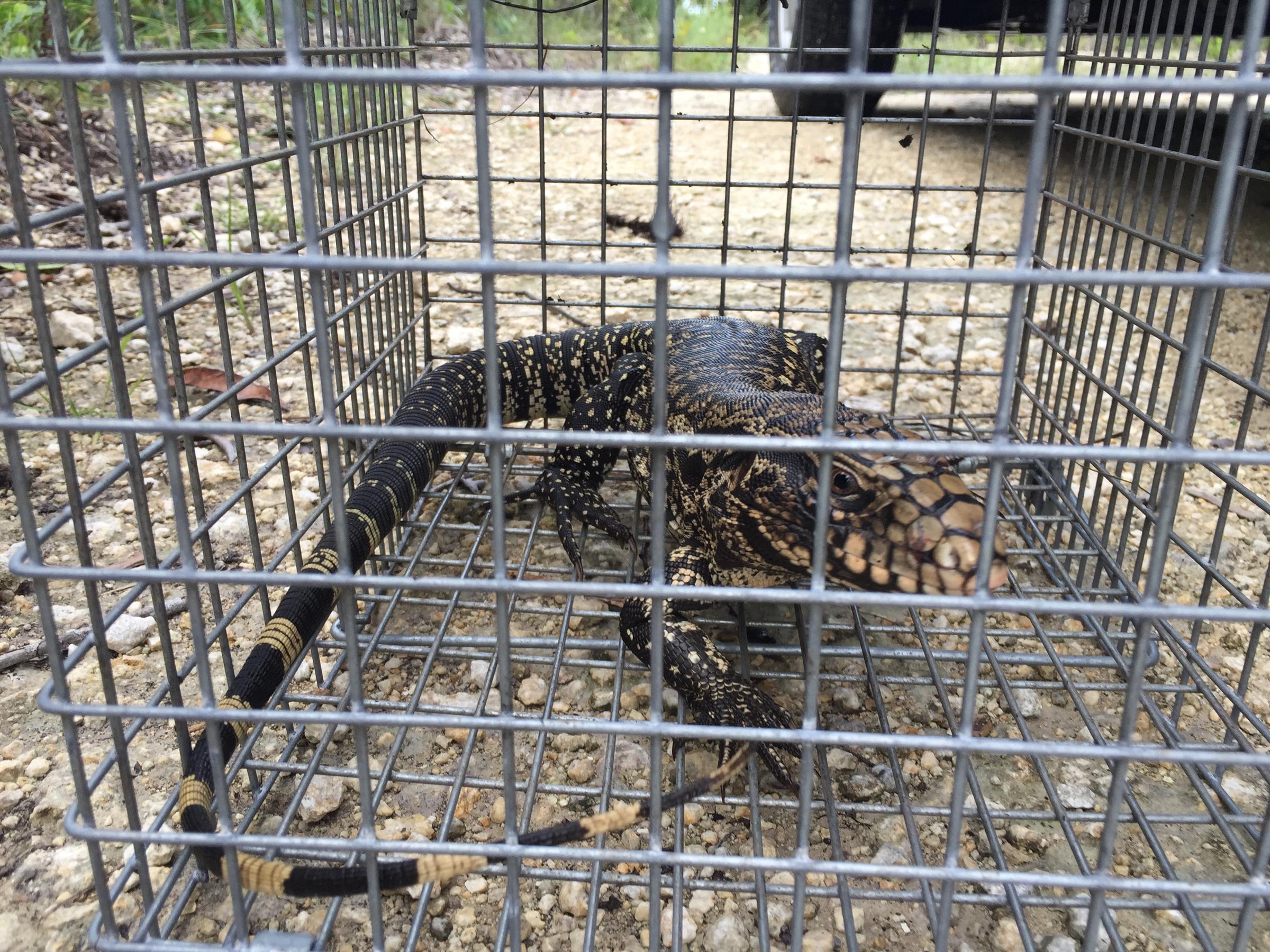