Yikes! The Nile Monitor is one of the more problematic invasive reptiles present in Florida these days. While they’ve been seen in Florida since at least 1990, their range and population is growing with breeding groups in SW Florida, Miami/Homestead area, and in Palm Beach County. Several have also been removed from a dog park in Vero Beach in the last few years, so it’s possible the range can expand northward. Like most invasive species, the Nile Monitors probably became established because of pet releases or escapes from captivity. The Nile Monitor is semi-aquatic and usually found around water although they are also excellent climbers with long, sharp claws. They are carnivores that eat a diet of mammals, birds, reptiles, amphibians, fish and eggs. They can grow to 7 feet and the top side of their tail tapers up in the shape of a rudder which makes them remarkably efficient swimmers and fish hunters. They sleep in burrows at night and can usually be found basking or foraging for food along canal banks during the day. They can grow to 25 pounds and are light yellow to dark olive or brown in color. 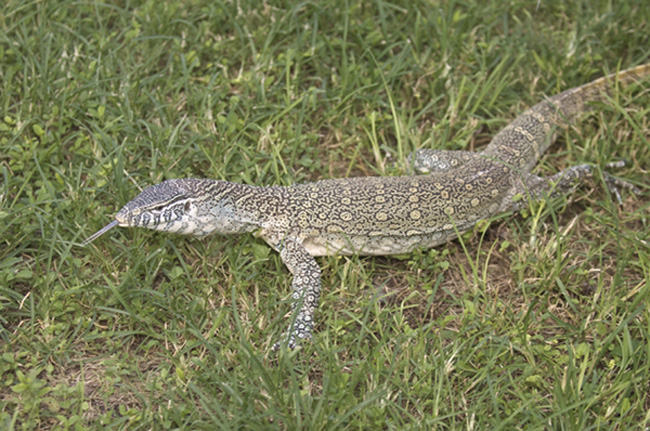 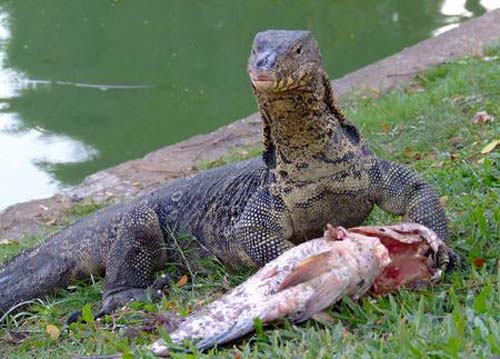 Why is the Nile Monitor a problem? (If you must ask)

The invasive Nile Monitor is not just an incredibly large, semi-aquatic predator carnivore that is fast on the ground and a great climber but they are also gifted with a surly disposition. They can defend themselves with a whip of the powerful tail, a fierce bite, or a slash of their claws. The Nile Monitor will eat pretty much anything it can catch, which includes birds, eggs of sensitive native species like alligators and crocodiles, and even people’s pet cats and small dogs once the monitor moves into neighborhoods. They can be difficult to catch or trap because of their large size, leaving shotguns (or dart guns in populated neighborhoods) as the best method at the moment for reducing their populations. Nile monitors can horrify local residents around the state by climbing on their houses, attacking their pets, and scaring their children. Based on the known latitudinal limits of this species in Africa (over 35 degrees south latitude), the Nile Monitor will likely be able to spread throughout Florida, and possibly the entire southeastern United States; Yikes!

What is Ennds doing to control the invasive Nile Monitor population?

The members of Ennds.org are working to educate and train the public on how to identify and trap many different invasive species including the Nile Monitor. It’s very important to have an educated public who can keep their eyes out for, identify and hopefully photograph invasive species as they appear. The monitor can be extremely illusive, and will quickly flee when spotted or approached by humans. Once we identify where the monitors are we can formulate plans to remove the animal. If you would like to learn more about upcoming events and training please click here to follow us on our Facebook page or feel free to Contact Us at any time.

Did you see an invasive Nile Monitor? Take a picture, note the location and report it to FWC through their Exotic Species Reporting Hotline: 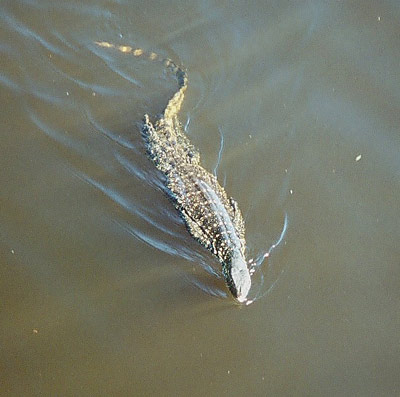